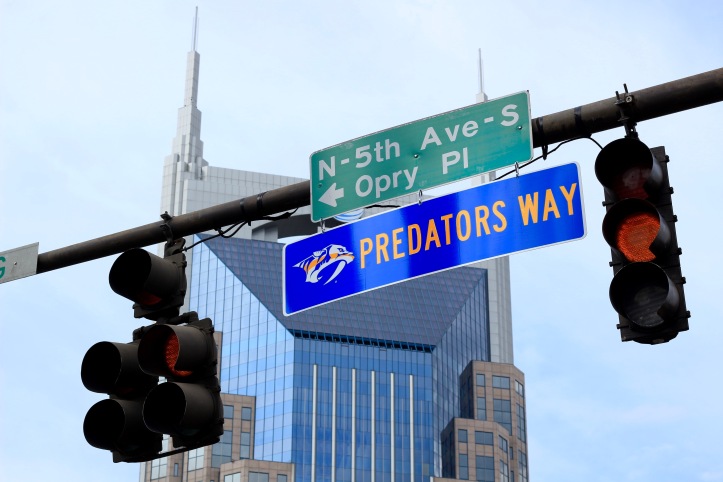 As a Nashville, TN local for the past 18 years, my biggest bucket list item for any visitor will put you in the epicenter of downtown Nashville, and is guaranteed to expose you to true Nashville culture. As you walk down Lower Broadway in downtown Nashville, one of the most iconic streets in the city and the south east United States, you can easily get a feel for the culture of Nashville, TN.

You can smell the mixture of barbecue and Nashville Original Hot Chicken filling the streets as you hear a conglomeration of country music artists that came to this city where dreams come true. You’ll likely see dozens of pedal taverns and tour buses pass you by on the streets, filled with eager sight seers and bachelorette parties in town for the weekend to see the city that has rapidly become the biggest hot-spot in American tourism.

You’ll hear locals and tourists alike greeting you with a “hey y’all,” eager to share suggestions for dinner and give you directions. You’ll hear the common question “where are you from?” asked dozens of times, as most people that live in Nashville, TN are not from Nashville originally. Typically, when I share that I grew up in the 615 area code, it’s met with great surprise, and I’m often referred to as a unicorn or “one of the rare original Nashvillians.” You’ll stop and take a deep breath in as you inhale the smell of leather boots and the clear southern atmosphere as the humidity from the day dies down. 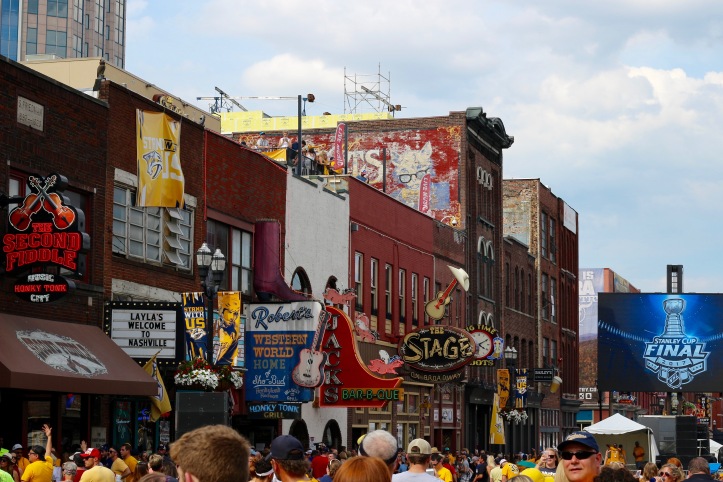 Whether you’re moving to town or just here for the night, I have one thing and one thing alone that you must experience if you truly want to see all that Nashville, TN represents, and you’ll find it off 5th avenue and Demonbreun. Us locals refer to this mecca of sports and hockey as “Smashville,” and it is likely one of the most underrated, overlooked experiences that American sports and southern tourism has to offer. Put on a gold shirt and indulge in one of the greatest sporting events that you’ll ever attend.

It doesn’t really matter where you’re sitting, and it doesn’t really matter if you know hockey. The crowd is friendly and hyped enough that your experience watching the Nashville Predators will be enjoyable at worst, and life-changing at best. The Nashville Predators recently got their 15 minutes of fame as they had their run for the Stanley Cup this past summer, and stunned the hockey community by how lively and exciting the game day experience is for fans.

Whether you’re an avid sports fan, or simply are chasing the local culture, The Bridgestone Arena is where you should spend your time. Former coach of the Nashville Predators, Barry Trotz goes so far as to compare the Bridgestone Arena to the Roman Colosseum. Sports reporters have continued to compare the atmosphere at Nashville Predators games to SEC football games and European soccer matches, and the franchise has just recently gotten exposure for its avid fans during the Stanley Cup Finals. Here are the key components to Nashville culture that you are sure to experience during your time at a Nashville Predators hockey game.

Known as “Music City USA,” Nashville Tennessee is the home to country music, the Grand Ole Opry, and many other rock and alternative bands. You can’t be surprised that the country music industry has a big hand in providing entertainment at hockey games. You can look forward to cameos by several Grammy winners singing the National Anthem, or performing at 2 of the 20 minute intermissions during the game on our rink-side stage that we are famous for. Even if a star doesn’t make an appearance, have no fear. You’re likely to witness an up and coming artist performing. After all, it’s Nashville! We are at no shortage for talent.

During the playoff season, you can expect to see a multitude of country music artists both spectating and performing at games. This past playoff season featured Faith Hill, Keith Urban, Dierks Bentley, Carrie Underwood, and more. And don’t forget that Tim McGraw always makes an appearance on the Megatron whenever the predators score.

“I don’t know another city where that’s possible, Hockey and the entertainment industry- the perfect marriage.” – Dierks Bentley 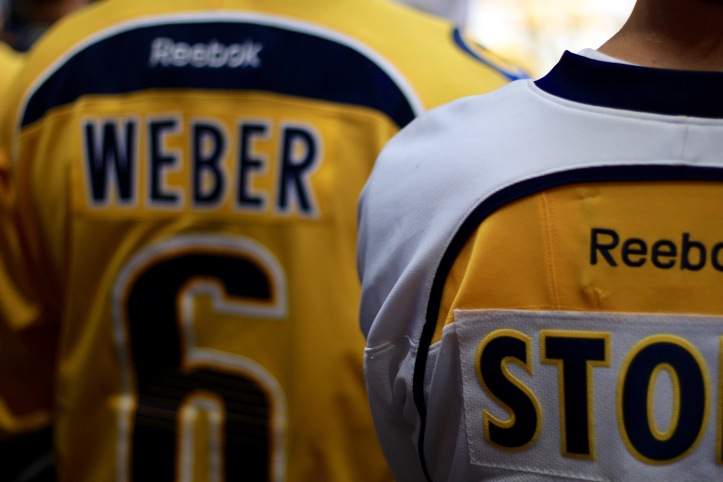 While sporting venues are always known for their food, I am yet to experience quite a variety and uniqueness at any other sporting event. Nashville is a city for foodies, and you can taste a smorgasbord of local, carnival-themed, and international cuisine without ever leaving the property. Head to Tavern ’96 for some pre-game Tennessee whiskey (after all- we are just north of the Jack Daniels Distillery). Try a chicken and waffle grilled cheese, grab some fried catfish, or stop by the Food Network stand if you’re feeling healthier. Want to try something more upscale? Head to the Patron Platinum Club for a more elegant, fine-dining experience.

Repeatedly voted the friendliest city in the United States, a predators game is the perfect place to really interact with locals and see what everyone’s been talking about. Don’t be surprised if someone in your section strikes up a conversation with you between periods, and be prepared to high five everyone in your proximity when the Predators score. Ask a local about the cheers and join in with the Nashville family as we heckle the away team- you’ll feel right at home before the game’s even over. 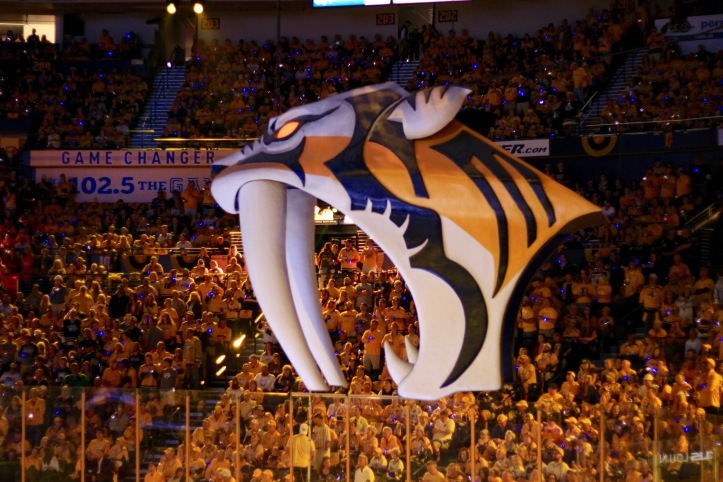 Whether you’ve been to Nashville, TN dozens of times and are just looking for something original to do, or are simply looking for where the locals are spending their Saturday night, Smashville is the place to be. So do yourself a favor, skip the touristy pedal tavern, and walk one street over to where the real fun is in the Bridgestone Arena. I can guarantee that you will not regret it if you choose to head to a Nashville Predators hockey game.

Interested in more of my Nashville tips? Feel free to message me or check out my blog for tips from a local!

Donate And Help Us Now

To travel overland and water around the world!

planks or it didn't happen